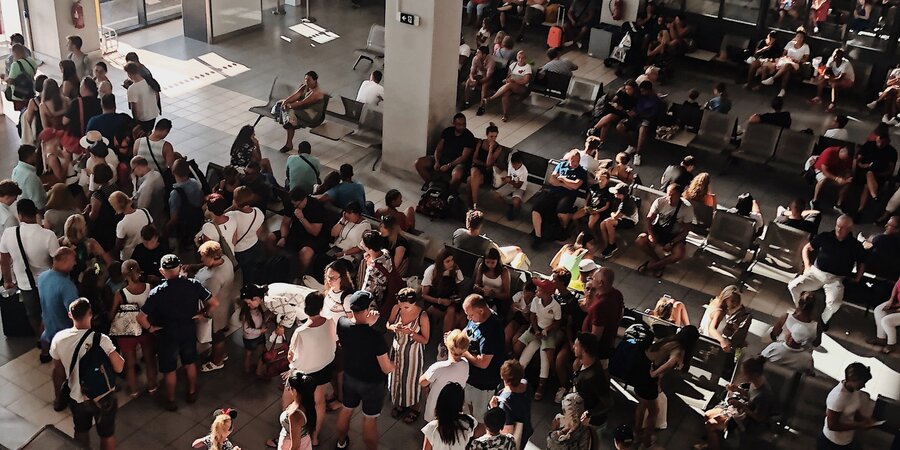 Chaos at airports leading to mass cancellations and disruptions might trigger a new wave of compensation claims under Reg. (EC) 261/2004. Can the recent ECJ-decision (C-308/21) dated 7 July 2022 provide the basis for a successful defence?

We all know about the heavily understaffed ground handling companies, the lack of security staff and many other reasons that lead to the currently difficult situation at airports during this summer season – the first promising travel season after (or with?) COVID-19. In May 2022 only 73.5 % of arrivals at Europe’s airports were on time; while only 66.8 % of departures were punctual. To alleviate the situation some airports have reacted by capping the maximum number of passengers to pass through the airport per day (e.g. London-Heathrow). Or the management of some airport operators give personally a hand to the ground handlers (e.g. Fraport). Even governments get involved and try to attract employees from abroad to tackle the challenging labour market at home. However, not only passengers are annoyed by this situation, also airlines suffer from these conditions. There is little they can do to improve the situation on the short term other than trying to reduce the frequency of flights and to implement as much efficiency as possible when operating flights. In the end we all know that passengers – or at least claim farmers – will demand compensation from the airlines if the disruption is outside the time limits set out in Art. 5 subs. 1 lit c Reg. (EC) 261/2004.

The main question will be whether the situations we are experiencing at the airports fall within the scope of the concept of “extraordinary circumstances” within the meaning of Art. 5 subs. 3 Reg. (EC) 261/2004. Here the recent decision of the ECJ dated 7 July 2022 (C- 308/21) may provide the basis for some arguments in favour of the airline: in the ECJ case one flight was delayed by more than three hours and another flight was cancelled due to a sudden and unexpected breakdown of the refuelling system at Lisbon airport which occurred around midday at the same day. This failure led to the reorganisation of all air operations from that airport hub requiring the use of fuel deports at airports in the vicinity of Lisbon. With regard to “extraordinary circumstances” the ECJ reiterated that this would require events which, by their nature or origin, are not inherent in the normal exercise of the activity of the air carrier concerned and that are – in addition – beyond the carrier’s actual control. As fuel is essential for operating an aircraft, this falls within the scope of the normal exercise of an air carrier’s activity.

However where any problems in the fuel supply due to technical reasons are not related to one individual aircraft but which is the result of a general failure on the refuelling system managed by the airport having an impact on all aircrafts, such an event cannot be “intrinsically linked to the operation of the aircraft which should have completed the cancelled or delayed flight”. When determining the second aspect i.e. if the event is beyond the actual control of the air carrier, the ECJ referred to its own case law and stressed that here events with an “internal” origin must be distinguished from “external” ones. Such external events prevail when they arise from natural events or if they are an act of a third party that is interfering with the flight or any airport activity. As for the refuelling system at an airport managed by the airport itself or a third party, the breakdown of such system is beyond the control of the airline. Of course the airline is only exempted from compensation if the carrier can demonstrate that all reasonable measures had been taken – by deploying all the resources at its disposal to ensure a reasonable, satisfactory and timely re-routing of the passengers affected by the disruption.

This decision is to a certain extent surprising as it recognises the actual allocations of responsibilities to different players in the “event-management” of a flight, i.e. the preparations necessary before a flight can actually take off. The ECJ regards the fuel organisation at the airport not as the service of an agent who is delivering services on behalf of the airline. The argument is: the fuelling system as such is not only affecting one aircraft but all aircrafts scheduled for departure. Therefore the responsibilities for providing fuel lies with the airport and not the airline. This idea is also found in the decision of the German Federal Supreme Court (BGH) on ATC strikes that affected air traffic operations in European airspace. The court held: as these strike activities had an external effect on the entire flight operation and on the normal activities of the airlines, like other failures and impairments in the monitoring and safeguarding activities of the air traffic controllers, the strike-related circumstances could not be prevented or influenced by the individual airline. They qualify as “extraordinary circumstances”.

Now, when we apply these legal ideas to the current situation at European Airports, we have to consider that the organisation of the security control – at least in Germany but most likely in other European countries as well – is a sovereign task that has to be performed by public authorities. Therefore any failure in the organisation of timely and adequate procedures at security control affects not only particular passengers for one flight but all passengers that want to depart from that particular airport. By taking the ECJ by its word any delay or cancellation caused by understaffed security control stations in the airport falls outside the control of the airline. This view is supported by a decision of the Higher Regional Court (OLG) of Frankfurt, were passengers claimed for damages from the Federal Republic of Germany due to a missed flight causes by severe delays at the security checks. The court held that it is the authority that is responsible for a proper organisation of security control. Where passengers can prove that they arrived at the security check within the time frame published by the airport or the airline and the flight is missed, they are entitled to damages to be paid by the Federal Republic of Germany.

As for problems with ground handling staffing the line of defence against a compensation claim might be a bit more complex. It has to be assessed if the services provided for an airline by the ground handler can be allocated to the airport rather than to the airline. This very much depends on the individual organisation of the airport and the individual contracts, airline have concluded with the ground handling company. At least in Germany courts held, that for example the lack of de-icing fluid does not constitute a reason for the airline to be discharged from a compensation claim, even thought it might be the airport which is organising the fluid. Again, as with the case law of the ECJ, an individual assessment of the case will be necessary.

In order to prove the actual cause for cancellations and delays being outside the control of the airline, it will be essential that airlines keep records and documentation of their communication with airports, ground handlers, local authorities etc. in order to demonstrate the background story of the situation to court. From our experience the issue of causality will be decisive in these type of cases when defending the compensation claim in court and judges very often have unrealistic ideas how the airline industry really operates. Due to a time limitation of at least three years – for German cases – these records should be stored for at least this period of time.

Should you have any question or comments in this respect or require any assistance, please contact us any time. 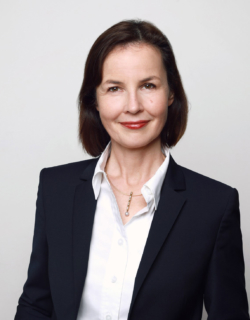