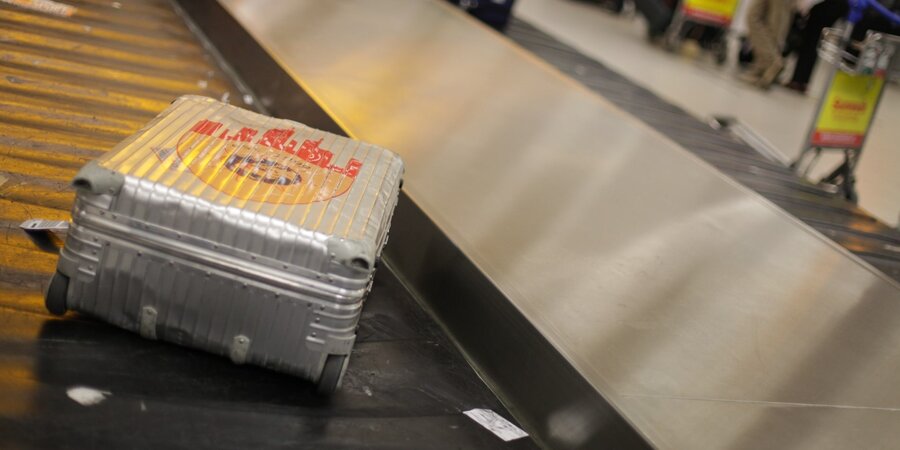 For late delivery of baggage passengers can claim for damages under the Montreal Convention. This covers any replacement of necessary clothing and toiletries within the range set out by the Convention. Now, the German Higher Regional Court Celle held that under German law passengers might also be entitled to claim for the ticket refund if they were not informed at the time of the booking that the delivery of baggage might be delayed for several days (OLG Celle, 20 October 2022, file 11 U 9/22). How did the court come to this surprising conclusion?

In this case pax booked in July 2018 for himself and the plaintiffs flights from Hanover to M./Kenya for August 2019. While plaintiffs were transported in time, the baggage reached their destination one week later. As plaintiffs wanted to celebrate a 50th birthday in a lodge, the baggage contained festive and other clothing that was treated with a special malaria prophylaxis, as well as medication. Plaintiff organised makeshift replacement as far as it was possible at the destination. The return flight operated according to plan. In the first instance plaintiff claimed for damages for the replacement of clothing as well as for fictional costs as not all clothing contained in the baggage could be replaced in Kenya, as well as for compensation for pain and suffering for the missing clothes that were treated with malaria prophylaxis plus compensation for vacation time spent in vain. As a minimum compensation they claimed for the refund of the full ticket price. The first instance only granted the claim for the necessary replacement of clothing and dismissed the case for the remaining claims. Plaintiffs accepted this verdict with the exception of the denied claim for a ticket refund. This was the only remaining issue of the case the Higher Regional Court Celle had to decide on.

Plaintiff based this claim essentially on the allegation that at the time of booking the airline was already aware of the risk that the baggage could not be loaded on the same aircraft and would therefore be possibly considerably delayed. With this information they would then have refrained from booking with the defendant and would have bought tickets from another airline. By presenting an email from the airline, pax could prove the following: for the route to M. the airline had initially planned the use of a Boeing 737-MAX aircraft as this aircraft can land on a short runway due to its stronger engines. This was an important aspect as the normally used longer runway was shortened due to construction work of another runway. However, at the time Boeing 737-Max aircrafts were grounded worldwide for well known reasons. The use of another type of aircraft resulted in the fact that the aircraft could not be fully loaded with pax and baggage in order to land safely at M. These circumstances were known by the airline at the time of the booking. At least the airline as defendant did not contest this submission by the plaintiffs to a sufficient extent.

The Higher Regional Court Celle clearly confirms the view of the first instance court that a ticket refund cannot be claimed as damages under Art. 19 Montreal Convention. The only legal grounds can be found under the rules of the contract of carriage. The Higher Regional Court goes into many details for concluding that Art. 19 and 29 Montreal Convention do not block a claim for damages under another regime as the refund claim is not based on the fact of the delayed delivery of the baggage but on the failure to inform passengers about possible difficulties in timely transportation of the luggage at the time of the booking. This obligation derives from the law of contract – which is in this case German law. However, the judgement makes it very clear that German law is applicable according to Art. 12 subs. 1 Reg. (EC) 864/2007 (Rom II) – and therefore initially due to rules on non-contractual obligations as we are dealing with an obligation that should have been performed before the contract was finally concluded. As Art. 12 subs. 2 Rom II refers to the law of the contract that would apply if the contract is concluded, the court applies Art. 5 subs. 2 Reg. (EC) 593/2008 (Rom I) i.e. the rules for a contract of carriage. As the airport of departure and the residence of plaintiffs were both in Germany, German law is applicable. Under Sec. 311 subs.2, 280 German Civil Code (BGB) the debtor is liable for the violation of a duty to inform and instruct although this does not include a general obligation of information on any risks involved with the contract. In so far the court conceded that “everyone is the architect of his own fortune”. However, important “insider” knowledge of the debtor that is obviously important to the other party before deciding on concluding the contract has to be revealed. This is especially required when this insider information could endanger the purpose of the contract and the other party can actually expect to be informed according to customary rules (Federal Supreme Court (BGH), 2 June 2016, file no VII ZR 107/15 – please note: this decision explicitly does not refer to mass contracts!).

The judgement sees an obligation by the airline to inform passengers about possible delays of baggage when it is known at the time of the booking that the timely or punctual transport of the luggage is highly at risk. It must be obvious to an airline that is operating flights to destination with an infrastructure that is not as highly developed as in other countries, that passengers have a high interest in the timely delivery of the baggage. The court even goes as far as saying that there are good reasons to believe that a long-distance traveller travelling to a destination where the replacement of personal equipment is not very easy, might even refrain from travelling at all. As the airline did not inform about the possible delay and the baggage was eventually delivered one week after the scheduled arrival, this risk materialised. As a legal consequence of the liability under Sec. 311 subs. 2 BGB the claimant has to be placed in the position as if he had been informed before concluding the contract. The court assumes that in this case plaintiffs would not have booked the flight with the defendant and the contract of carriage would not have been concluded. However, since the carriage of the passengers was fulfilled, this part of the contract could not be “refunded” by the passenger to the airline. Therefore plaintiff have to take credit for the services they received from the airline. Contrary to the viewpoint of the plaintiffs, the court pointed out that with regard to the return flight, plaintiff have pay for the services received in full as there were no irregularities at all. For the outbound flight, however, the carriage was – in view of the judges – of no value at all: the transport of passengers, especially on long distance flights, includes the timely transport of baggage as well. Even the BGH held that the transport of baggage is part of the main obligation in a contract of carriage of passengers (BGH 15 March 2015, X ZR 99/10). Only after several pages of discussions the court comes to the conclusion that in this particular case the transportation of the passengers to the destination was of no value for them. Therefore the airline has to refund the ticket price for the outbound flight. The court does not touch on the airline perspective at all; it also ignores the practical issues when it comes to informing passengers about any possible obstacles regarding flight services. Although plaintiffs were in a very special situation when traveling to Kenya with the aim to celebrate a birthday, the court obligates the defendant to provide information on the baggage situation to all passengers intending to book a flight to M./Kenya as long as the construction works are ongoing.

It is in our a view a very controversial position the Higher Regional Court Celle took up in this case. From the line of argument you can see that the court is not very comfortable with this solution or at least with the legal arguments put forward. It stressed on several occasions in the judgment that the defendant did not respond in the proceedings despite several opportunities that were given. This obviously led to these somewhat odd results. This case proves again that a strong and consistent defence is essential for at least trying to prevent courts to come to conclusions that often disregard the realities in the airline industry. If you have any questions on the judgement discussed above or on any special aspects on Montreal Convention or German law, please contact us any time.

Email address on your website: a required contact channel for pax or just an...
Nach oben scrollen